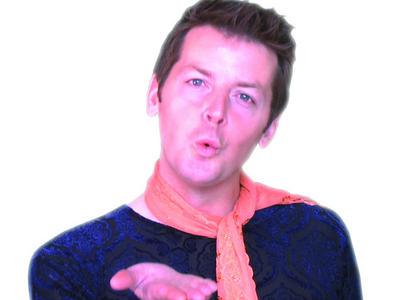 Brian Gallivan wrote and performed four revues on The Second City Mainstage in Chicago (Red Scare, Iraqtile Dysfunction, WAR! Now In Its 4th Smash Year, and Between Barack and a Hard Place). Before that he was a member of Second City’s National Touring Company. Most recently, his character Sassy Gay Friend has been a YouTube and Second City sensation.

UF Review: This might be the most obvious question I could ask, but I think it’s a good place to start: Have you always loved comedy? Performing? When did you realize you wanted to dedicate yourself to your art?

Gallivan: I come from a big family, and we always enjoyed trying to make each other laugh. We liked telling each other weird things that happened to us. I was in some plays in school as a kid, but I never pursued acting seriously until I was in my 30s. But there were these moments throughout my life where I would get to perform, and I thought it was so thrilling. I remember taking a creative writing class at [the College of the] Holy Cross my last semester senior year, and people would laugh when I read some of my stories. I liked reading to them and getting the laughs.

UF Review: As I understand it, your comedic roots can be traced to improv. Why were you drawn to this brand of comedy and acting?

Gallivan: I liked the aspect of thinking on your feet that improv has because it’s what my dinner table conversations were like when I was growing up. Taking what someone just said and doing something funny with it.

UF Review: For you, what does your art achieve? Or, what do you want it to achieve?

Gallivan: I’m not exactly sure what I want it to achieve. I don’t think in those terms, but if I had to answer that, I guess I want people to laugh and to think, and sometimes I throw some heart in there too. I’m not afraid to be a little sentimental. But mostly, I want them to laugh.

UF Review: Your videos are especially wonderful, I think, because they engage literature, books, text. Why did you decide to invoke, say Shakespeare’s work, or Shel Silverstein?

Gallivan: I think it’s fun to play with stories that are respected and take some of the wind out of their sails. Most of these works are amazing, and they’re so good, they can withstand a little teasing. Although, I really do not like The Giving Tree. I think it’s such a weird message. At a certain point, you have to separate yourself from people who just keep using you.

UF Review: From your videos, my guess is that you really enjoy reading; you know the stories so well. Am I on to something? What’s your relationship with literature?

Gallivan: I have always loved reading. I was an English major at Holy Cross, and I went to grad school at UNH for English Literature. I was a middle school language arts teacher for five years. But to be honest, I always have to go back and look at these stories again when I’m writing one of the sketches or videos. Then I remember certain details that lend to the comedy. These days, I actually read less, but whenever I have a novel I’m reading, my life is better. Not kidding!

UF Review: Do you have any favorite books?

Gallivan: I loved Judy Blume books as a kid. Some of my favorite authors are Lorrie Moore, Jane Austen, David Sedaris, Amy Bloom, some early John Irving. I’ve gone through phases too. Everything from Trixie Belden, to Raymond Carver, to J.D. Salinger. There are so many great books out there. Lately, I’ve been loving mysteries. It reminds me of living in LA, which is like a puzzle you need to figure out.

UF Review: When Sassy Gay Friend was first released, did you ever doubt yourself, or did you expect it to go over well?

Gallivan: I was hoping a lot of people would watch it, but mostly, I wanted whoever saw it to enjoy it. So if only a few people had watched it, and they all thought it was good, I would have been happy. But I was thrilled that so many people ended up seeing it.

Gallivan: He wouldn’t say anything to Lindsay; he’d say it to her parents. He’d actually say it to the parents of all child actors. “What, what, what are you doing?! Nothing good can come from child fame! Actors shouldn’t really start working until later in life. And they shouldn’t succeed until their mid-forties!” Which is my plan.

UF Review: Do people on the street recognize you?

Gallivan: I do get recognized a few times a week. It’s fun. It’s not at a level where my day-to-day life is affected. So it’s more like a burst of fun. I recently went on a family trip to Italy, and a gentleman from England recognized me at the Vatican. He asked if I was there making a Sassy Gay Friend video.

UF Review: Besides comedy, do you have any other passions, any hobbies?

Gallivan: I do love reading, but I must admit, one of my passions is television. And not just comedies. I think I’m drawn to shows that are dramas or at least a mixture of comedy and drama. Or, dare I say it, just some plain old reality television. I also love going to the movies. I can separate my watching of these things from my desire to work in TV and film. I like the escape that TV, movies, and books give you.

UF Review: You made a really poignant remark in an interview with Time Out Chicago, I think. About your time at Second City Chicago, you said, “I realized how few out gay performers have been on the mainstage. Improv is a real straight-guy thing.” What was it like to make this realization? What would you tell someone who wants to break into a career, or pursue something that they feel is impossible, like something’s in their way?

Gallivan: I don’t think it’s impossible for a gay man to work at Second City at all these days, which is great. Maybe a while ago, but now, I think Second City welcomes as many points of view as possible. Comedy, fortunately, is pretty democratic. If you’re funny, people will want to work with you. I guess that could apply to all fields. You have to just keep working and improving yourself to the point where people can’t say no to you. Easier said than done, certainly.

UF Review: Have you ever been in a scenario where you wished you had a sassy gay friend to save you from yourself? If so, what was the scenario? What would Sassy Gay Friend have said to Brian Gallivan if he could have saved him?

Gallivan: I think a sassy gay friend would say to me, “Hey, Brian Gallivan, hits on youtube are not the same as love! Stop working on your little skits and go out and meet someone!”

UF Review: Is sassiness something learned by practice or is it innate?

Gallivan: You can fake it, like I do in the videos, but real sassiness is something with which you are born. I was born sass-less.

UF Review: In one word, what are you all about?

*This one word encompasses my enjoyment of laughter as well as my desperate need to cause it in other people.

UF Review: Will you be my sassy gay friend? Do you get that a lot?

Gallivan: People do ask me that. Unfortunately, Brian Gallivan isn’t that sassy. So I think it would be a bit of a let down!

Such Magnificent Taste and Texture and Feeling: A Conversation with Caits Meissner and TishonIn "UFR Presents"