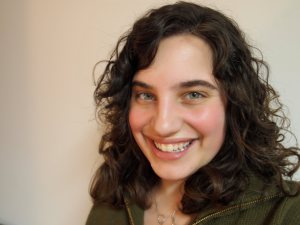 Where are you going? How will you get there? Who will you be when you arrive?

The sky was grey and overcast. It was probably early afternoon. I had been crying for an hour or so in an ugly, unwelcome sort of way. My throat was sore and I could still feel the raw edge of sobs leftover in my chest. I must have consulted a map I carried in my pocket as I emerged from the subway. I saw it between buildings, a glimpse as I crossed a street. When I reached the large grassy expanse in front of the Eiffel Tower I stopped and stood, shivering in my thin jacket. I waited to feel something transformative. Amazed. In love, again. I would have taken relief. What I felt was cold, and unbearably frumpy in dirty jeans and tennis shoes. I did not take a single photo.

Do I even need to tell you what I wanted it to be? We had been planning since the summer, extending our semesters abroad in Spain and Ireland into an extra long reunited jaunt through Europe. Paris for Christmas. Prague for New Years. I was twenty-one. I doodled those plans on the edge of my notebooks with hearts as if they were lovers.

My boyfriend was waiting in the hotel room was so small the door hit the corner of the bed when you opened it. Even so, it was a splurge, the one occasion we’d share a private room for just the two of us over weeks of travel. When I returned, I lied. It had just been a walk, I said, some fresh air to clear my head. When I asked what he had done, he shrugged and said nothing. I realize now that he had probably used the time to read the journal I kept at the bottom of my suitcase.

Of course, neither that afternoon nor that evening, when we stood together watching the famous Parisian landmark light up the winter darkness, can reasonably count as the first time I saw the Eiffel Tower. It was always there in movies, on posters and splashed across every cover of every French textbook in my high school. A tiny replica of it even stood on the bookshelf in my bedroom at home, a gift from my brother who had made it there before me. But it didn’t matter. I had my story then, in two versions: The official and the truth.

Here are the reasons I gave for crying and for fleeing. I was tired. I was worried about the money we had left. I wished I had warmer clothing. It was frustrating, suddenly, to be in a country where I didn’t speak the language. My boyfriend touched the side of my face and kissed me and said it was ok. I still thought, then, that we could make something true through desire alone.

And here is the lesson I learned about landmarks. Behind each hangs a shadow. Sometimes we think we know what it will be and show up there looking for it. For years I cringed a little at every pan of the Paris skyline, embarrassed at my lie and what I should have known then and ignored, mistaking again the trinket for the real thing.

Margaret LaFleur lives and works in Minneapolis. Writing this column is, in part, a way to soothe her un(der)treated wanderlust. She also updates her web presence monthly at margaretlafleur.com.

More of Margaret LaFleur’s Travel By at Used Furniture.