Read it Loud: Notes from Storytime 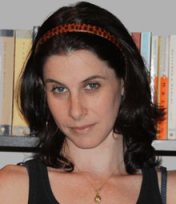 Every night I read to my kids. Sometimes they learn stuff. Sometimes I do, too.

Tell Me a Mitzi

A friend tells me she’s taking a writing class with Lore Segal.  How is it? I ask. We are sitting around my kitchen table. There is tea, etc. As you might imagine, she says, mystery curling at her lip. Only more. The author, now in her 80s, conducts her workshop out of her city apartment. Such history! Sendak sketches cover the walls. My friend lowers her smiling eyes, takes a cookie, but I am curious. What are her secrets? We drink and chew and talk some more but something undeniable has changed: Segal’s voice has taken over the room.

I’ve not read Segal’s novels, but Tell Me a Mitzi is a children’s book I adored. I don’t remember why, exactly.  I picture the colorful cover, the streets of New York, brownstones in pink and yellow and blue, but can’t place more than a young child story-hungry for tales starring her fictional alter ego, Mitzi.  It’s been over thirty years since I’ve since I’ve seen a copy of the paperback, which was always on hand in Hebrew school classrooms even though other than the author herself and the mention of  chicken soup there isn’t a single Jewish thing about it.

Later, I look for it online only to learn that the picture book, first published in 1970, is long out of print.  I locate a reasonably priced used copy and buy it and when it arrives I wrap it up and give it to my daughter. She takes the gift and tears open the paper. Read to me, she says. I start with the title. What is a Mitzi? She asks, and away we go.

Immediately, the illustrations grab her. These are not pictures of sly knights or wand-waving heroines. Mitzi (aka Martha) and her family are a pale, lumpy lot: thick in the ankle, with outsized features and brows like Groucho Marx. It’s almost as if the illustrator Harriet Pincus channeled R. Crumb into this funny bunch of nebbishes. Mitzi’s baby brother, Jacob, has the face of a middle-aged man. The President looks like a Warhol/Steve Martin/Woody Allen crossbreed.  What’s not to love?

“’Tell me a story,’ said Martha. Once upon a time (said her mother) there was a Mitzi…”

My daughter, Margot, sucks a finger. In the pages that follow Mitzi takes a taxi, Mitzi sneezes, and Mitzi meets the President. Little else happens. The stakes are low, the drama practically nonexistent. Each tale begins the same, detailing quotidian moments of a child’s life (waking up, having a cold, going for a walk) but then takes a marvelous dip into fancy before boomeranging home again.

It is fascinating to watch a child fall hard for a book. Her world has opened up. For the past month we have read all three Mitzi stories twice each night, after which my daughter then retells the book to her four stuffed bed friends (Kiki, Bucha, Sheep and Karate Sheep). Accustomed to serials, she wants to know if there are any more Mitzi books. Only the one, I tell her. Check, she says. Double-check. On Amazon I find Tell Me a Trudy, also featuring a family and a brother named Jacob, also out-of-print. Sounds like a sequel. List prices start at $200. I checked, I tell her.

No doubt Segal is a magician. But what is the unique nature of her spell?

There’s the structure.  The classic story-within-a-story construct is an appealing comfort to M, who, like many young readers, can feel spun around trying to navigate the slippery ground of fact and fiction.  The metafictional frame signals to her that a story is a play. Fasten your seatbelts. Cue Mr. Rogers’ trolley. We are entering the land of make believe.

Shifts from reality to fantasy are seamless, enhancing their comedic effect.  When her baby brother suddenly becomes hyper verbal it’s business as usual.  “Mitzi went back into the children’s room, shook the crib and said, ‘Jacob, are you asleep?’ Jacob said, ‘Dadadadada.’ ‘Good,’ said Mitzi. ‘What shall we do?’ ‘Let’s go to Grandma and Grandpa’s house, said Jacob.” The implausible becomes plausible just like that, which is hilarious to my daughter.  When we reread it she assigns each of us dialogue parts, but the fun really begins after Mitzi has gotten them both dressed and schlepped her brother downstairs in the elevator and stuffed them both into a taxi. Without a grownup!  Maybe it’s a function of the times but that part, to my kid, is wilder than encountering a president willing to embark on a wild goose chase for a sweaty piece of chewing gum.

The language clips along: simple, clear, and precise, with perfectly timed beats. In the third episode, Mitzi and her father and brother are puttering on the sidewalk.

Children are persistent little egoists, unapologetic in their wants. They dream big and small in one fluid breath; nothing is impossible. Although Mitzi’s father says, “it’s time you learned you cannot always have what you want,” this is a children’s book, after all, so sure enough, desires are met with presidential aplomb, only the president wears a groovy green suit, and is accessible as anyone. When we are done, my daughter busts out the applause.

And to think, I was concerned the book would not hold up the years.

The more we read the more I begin to understand Tell me a Mitzi as a sort of prototypical writers’ handbook, encouraging budding storytellers, like my five-year-old, who often can be found with her door closed narrating to her toy friends and figurines, weaving details from her own life into her invented yarns. I think of the child Segal, who escaped the Nazis in her native Vienna by drifting through British foster homes, during which she became a voracious letter writer. I wonder how this practice may have shaped her, establishing roots or deepening her understanding, attempting to make sense of a senseless world. Mitzi validates my daughter’s imagination, granting her permission to keep doing what she’s doing: boldly juxtaposing the ordinary and fantastical without yielding either one the higher ground.  It also affirms the practice among (ahem) grownup storytellers, who look to their immediate surroundings, or who may incorporate elements of their everyday into fictional worlds. The familiar becomes unfamiliar, which is in itself surprising. One needn’t rocket to the moon to make a good story.

Perhaps more than anything the magic lies in Segal’s voice. Steady, loving, full of conviction. Her stories may be small in scale but her sense of humor and quirky sensibility extend a universal reach.  Just when days start to feel monotonous, one upon the next, possibility and hope for adventure peek out from beneath the dusty bends. You never know when you round that corner who you might meet.

I imagine Segal turning to her students, in an accent approximating my grandmother’s: It’s your turn, now. Go. Seek. Look inward, look out; follow the tip of your nose. Mitzis are everywhere. Gather them and relish them and give them your hearts. The telling is up to you.

More of Sara Lippmann’s Read it Loud at Used Furniture.