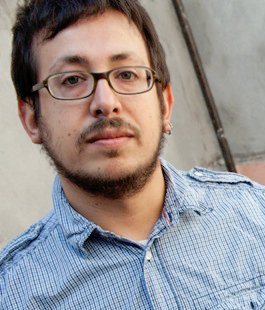 Aaron Wolfe makes an annotated mixtape of his life in stories and cover songs.

“It’s All In My Mind” by Teenage Fanclub, performed by Aaron Wolfe

I told a story at the Moth the other day.
I do that now and again.

Sometimes it feels like the greatest feeling in the world, sometimes I walk away wondering who in the fuck do I think I’m fooling. I wrestle the dullest angels wondering whether the pursuit of telling stories is valuable, whether I am succumbing to latent narcissistic tendencies, whether what I have to say is of value to others. I ask for validation from friends, from family, from my wife and then ignore them all.

Once I won. I stood on the stage and grinned, drinking in every ounce of pleasure in the room. I gleefully texted friends and family “I won the motherfucking moth!” I literally clicked my heels as I ran down St. Marks place in Park Slope. I tweeted. I facebooked. I lived and died on the retweets and “likes” and @replies that followed. I marked the calendar. My moment was coming.

If you don’t know, the Moth is many things: it is a community outreach program, it is a curated series of stories, it is a podcast, it is a radio show, and it is the SLAM. Once a week in NYC, LA, Chicago, and Detroit, ten people like you get up on stage for five minutes and tell a true story about their lives. Sometimes they are funny, sometimes they are sad, sometimes they are meandering and nervous-making and everyone shifts in their seats waiting for the final line. After each story a few civilians confer and then hold up olympic-style scoring. No one is a jerk. Though the scores range from 1 to 10, I’ve never seen anything lower than a 7 — It’s just not done. At the end of the night the person with the highest score wins the prize: an invite to the GrandSLAM.

I was going to the GrandSLAM. There was a New York Times article that explained it all: you get picked for the GrandSLAM, you tell a great story and a literary agent signs over a multi-book deal and you live happily in the West Village in a small but comfortable apartment that your wife can easily run her private practice out of while you toil away on your third screenplay in as many years.

The night came, and I was unbelievably nervous. At the SLAM your name goes in a hat and the tension of telling a story is mitigated by the fear of not actually being picked. All the anxiety is focused on the slip of paper in the hat and in willing the next one pulled to be yours. At the GrandSLAM there is no such worry. You are going to be picked. And so all that is left is anxiety and cold sweats.

I did not win the GrandSLAM. I was good but not great and there was greatness in the night. I drank a beer. I ate a pizza. I exhaled. There was no book deal. There was no agent. There was a comfortable but small apartment in Brooklyn but my wife was still writing her PhD and I was having trouble with figuring out how to get anyone to look at my screenplay.

That’s when the wrestling began.

Naomi reminded me that this was a dream I had. I was actualizing a dream and that had to come with a tiny bit of sadness. The summer we returned from our year abroad in Israel, I stood in my best friend’s driveway and we both cried. We were off to college and neither of us could believe that there was life after kibbutz.

I focused on my story telling and stopped writing altogether.

I despaired even when I succeeded. I begged an acquaintance to show me the way to the kind of success I thought I wanted. His only advice: you’re already doing it. Fuck that zen-bullshit, I thought. My father texted me: just keep doing the work, believe you have something to say.  Self-help writer’s manual horseshit, I thought. Naomi said: the Aaron of six months ago would be so jealous of the Aaron today. Fuck both those Aaron’s; they don’t know shit, I thought.

And yet I kept trying.

A few days ago I told a story at the Moth.
It was a rare event at the Brooklyn Museum, part of their First Saturdays series. The first Saturday of the month the museum is opened to the public and there is music, there is art, and on this particular Saturday, there was a free Moth StorySLAM. My name was pulled first.

I told a story about a cabin I built in the woods behind the Hampshire College Swim and Library Complex. The story was about my need for isolation during a very isolated period of my life and about how my sole identity of “other than” due to being the sibling of a person with cerebral palsy wasn’t aiding me. It was a story of trying not to fit in because fitting in would mean knowing who I really was. It had a lot of laugh lines. The roof of the cabin catches on fire, I smoke weed with a misogynistic lesbian, it’s good fun.

After the show I stuck around and chatted with some new friends from the community. I try to do that now; I try to force myself to not be isolated. I tell myself that even if I don’t win it’s a successful night if I can chat a little, maybe feel a little less anxious, maybe relax and fit in for a moment.

Then a strange thing happened:
Four young kids walked up to me, each more nervous than the next.
“You should have won, we wanted you to win,” one said.
“That’s nice, thank you for saying that, I wanted me to win too!” I replied.
Then the one girl very quietly leaned forward and said, “I really liked your story, cause I could really relate.”
“Oh, yeah?”
“Yeah, that whole feeling that everyone around you knows who they are but you don’t know who you are…I could relate.”
“That’s so nice, I’m so glad you could relate to that. It’s so nice to hear.” I smiled and lingered a little, wondering how this conversation would end. Then the young girl leaned closer and in an even quieter voice said:
“I could also relate for a different reason. I have two brothers that were born prematurely and they are both developmentally disabled.” Oh. You could really relate.

Moth stories have a trope. The teller relates a tale that seemingly goes nowhere and then there’s this one singular moment in which a small thing happens that silences the jokes and the humor and then the teller says, “and then I realized…” and usually it’s buttoned up in a nice little way. Sometimes they’re unexpected, sometimes they’re profound, but sometimes they’re trite and almost diminish the whole tale. No one realizes things in that way, I tell myself. No one has epiphanies.

But there was something in this girl’s eyes. There was a pleading; there was a longing. And I did realize something: I was brave enough to tell my story but she was brave enough to listen to it. And because she heard my story she could reflect it back to me and both of us could feel a little less alone. Though my wife stood by my side and her three friends were there to back her up in this moment, we were both the only people that could hear each other’s words.

I thanked her and she thanked me and then she left.

And I was truly grateful to the Moth and to my family and to my wife and to myself. This did matter. I did matter. Maybe I even had something to say. It was the proudest I ever felt telling stories and the single greatest prize.

A moment later she returned with a slip of paper.
“Is there an email for information?” This time she was barely whispering.
“Oh, for the Moth? Sure!” I felt like an ambassador. I felt like a mentor. I turned to get one of the producer’s attention.
“No. Not for the Moth. Can I have your email? I’d like to send you my story. Maybe you could give me pointers.”
And there it was.

I gave her my email and said goodbye and I truly don’t know what to say. I know there will be other times this kind of thing happens in my life. I know that I will have other victories great and small. But being given the gift of truly being heard, and then the honor of helping another voice join into the conversation… there are no words.

Thank you. Those are the only ones left.