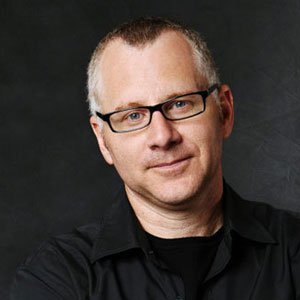 Tom Perrotta is the author of The Abstinence Teacher, Little Children, Joe College, Election, The Wishbones, and Bad Haircut, all of which are critically acclaimed. Cited as being “an American Chekhov whose characters even at their most ridiculous seem blessed and ennobled by a luminous human aura” by The New York Times, Perrotta has also been called the “Steinbeck of Suburbia” by Time. Two of his novels, Election and Little Children, have been turned into films, the latter leading to Perrotta’s nomination for an academy award. More at http://www.tomperrotta.net/.

UF Review: How would you describe the experience of writing? What’s difficult about it? What’s easy? How does it feel to release it to the world?

Perrotta: Writing rarely comes easily to me. The part that flows most easily is dialogue; the hardest part is setting the scene, describing the world in which the action takes place. In that sense, I feel like I’m more of a dramatist than anything else, which is probably why I’m drawn to screenwriting as well as fiction.

UF Review: On a similar note, Little Children and Election have already been adapted to screenplay and have been released, with The Abstinence Teacher coming soon. What are your thoughts on that process? How does it feel to see your words played out?

Perrotta: I’m not one of those fiction writers who thinks of film as a lesser art form. I’m a big movie buff personally, and I’m very aware of the central place that movies have in our collective cultural imagination. Movies are part of our common culture in a way that books aren’t anymore. From personal experience, I watched Tracy Flick from Election become a kind of iconic political type. People used her name as a kind of shorthand to talk about Hillary Clinton, Sarah Palin, and a number of other women politicians involved in the 2008 presidential campaign. That never would have happened if the book hadn’t been turned into a film, and Reese Witherspoon hadn’t turned in such a memorable performance.

I’ve been lucky to have my books turned into films by exceptionally talented writers, directors, and actors, so it’s been a great experience for me. I know other writers whose experiences have been much more complicated and ambiguous.

UF Review: What does writing do? Why do you dedicate yourself to it? What draws you to fiction?

Perrotta: Those are big questions. I’ve always loved stories, and I think of myself as a storyteller above all. I’m drawn to fiction because there’s a kind of freedom in it that you obviously don’t get in journalism or memoir. That’s not too say that I have anything against those genres — I’ve dabbled in both, with great pleasure.

UF Review: A common thread throughout all your work, I think, is that you have such a distinguishable style: every word in each sentence carries weight; there’s nothing superfluous. Does that come naturally to you or does that happen in your revision process? What does your revision process look like?

My revision process is probably less dramatic than that of some other writers, because I tend to underwrite rather than over-write. I’m just as likely to be adding detail as I revise than to be cutting sentences or scenes.

UF Review: You mentioned some pretty amazing writers. What makes you sit down and read? What keeps you reading?

Perrotta: I’m a habitual reader. I don’t feel right if I haven’t spent at a least a little time every day reading something good.

UF Review: What are you currently working on?

Perrotta: I’m finishing up a new novel and working on a TV pilot based on my novel, The Wishbones.

UF Review: And a question I always like to ask: does writing inform your life or does life inform your writing?

Perrotta: I often see life through a literary lens — I’ll meet someone and think, “That guy’s like a character out of a Philip Roth novel.” Or I’ll go to a party and feel like I’m meeting people straight out of a Cheever story.

When I’m writing, of course, I’m always drawing on my real life experiences. I’m not the most autobiographical writer around, but anyone tracking my work will see that I’ve been moving in a fairly chronological way — I started with a coming of age book (Bad Haircut), wrote about high school (Election) and college (Joe College) and have lately been writing a lot about parents in Little Children and The Abstinence Teacher. So I’m definitely using my life as a source of inspiration for the writing, and using the writing to reflect on my life.