This is the latest in Corey Sabourin’s Time Consuming, Complicated Cooking! To go to the column page, please click here. 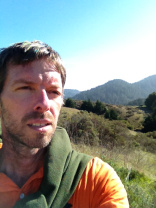 Remember when cookbooks had back pages listing retailers selling hard-to-find ingredients? How pre–“acai on Aisle 6.”

It’s an understatement to say that nowadays once exotic (or simply unheard of) items show up all over the place. Previously only-by-mail-order ingredients like preserved lemons are as near as your local Whole Foods.

So it felt bold during a recent run to the farmers market to bypass the Finnish rye bread stall, the white currants, the ostrich eggs, and, yes, the radish rattail pods, to hunt down a bunch of humble parsley.

In an artisanal-to-the-hilt world, sometimes ordinary deserves to trump preciousness.

Parsley was the one ingredient I didn’t have on hand for Salsa di Noci, or Walnut Sauce, a recipe that uses everyday ingredients, but whose preparation requires time and stamina, and perhaps a pair of tweezers.

Yes, tweezers. To make a perfect Salsa de Noci, it’s critical to peel the walnuts. And while I used my thumbnail to do the job, in hindsight, tweezers might’ve been useful. Before you Google this dish and view the YouTube video where the Italian chef in Arizona just dumps those walnuts, skins and all, into the food processor, let me just tell you that there are no shortcuts to the unique flavor and essence of this sauce, which has only six ingredients.

The only video you need to watch is here.

There is a helpful trick to peeling walnuts. By soaking them in boiling water, the skins loosen just enough so that a careful tug will sometimes detach the skin. The flatter lobe side has a relatively even peelable surface, it’s the stubborn bumpy side that will call upon your zen kitchen skills. For two ounces, plan on a minimum of forty minutes to peel the walnuts.

If your energy ever begins to flag, take a sip of the walnut water: That bitter taste is proof of the need to do this step.

Walnuts all peeled? Sorry, the hard work’s not over. For the parsley, it’s important to remove the stems and stalks. And I mean no stems, which have a decidedly sharper flavor than the leaves (and is why, as a garnish, a parsley sprig is never eaten except by those convinced it will freshen their breath).

So hit shuffle on your music device. You can stop stemming once you have 1½ cups.

As for how to eat this stuff, dollop Salsa di Noci on salmon steaks or use it in place of pesto with fresh pasta.

The following recipe is presented in its original version. Ingredient and cooking notes: I used curly leaf parsley; ½ cup of olive oil; and a mini food processor, not a mortar.

From South Wind Through the Kitchen: The Best of Elizabeth David

“Take the skins off the shelled walnuts after pouring boiling water over them. Pound them in a mortar. Add the parsley, after having picked off the large and coarse stalks. Put a little coarse salt with the parsley in the mortar—this will make it easier to pound. While reducing the parsley and the walnuts to a paste add from time to time some of the butter, softened or just melted by the side of the fire. Stir in the breadcrumbs and, gradually, the oil. The result should be a thick paste, very green; it need not be absolutely smooth, but it must be well amalgamated. Stir in the cream or milk. Season with a little more salt and ground pepper. A bizarre sauce, but excellent with tagliatelle, or with fish, or as a filling for sandwiches.”