Review: Watch the Doors As They Close 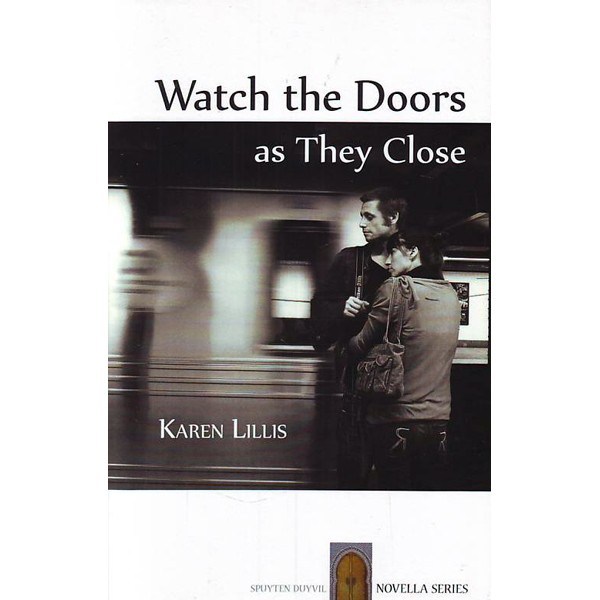 The Reviewed: Watch the Doors As They Close by Karen Lillis

Karen Lillis’ novella, Watch the Doors As They Close, is the kind of story you want to read when there is a window of time you need to fill for a bit, preferably an hour or two. I read it in one sitting, curled up on my bed in a new apartment in a new city. Maybe the newness of my situation will color this review, but Lillis’ story is something of a wispy, comforting spell: it’s newness masquerading as familiarity.

Written in the form of journal entries, Watch the Doors is a first-person account of a new relationship that ends in heartbreak. That’s the simple explanation: Anselm – the aspiring-writer narrator’s lover – is a disturbed genius, an Ivy League-educated musician who suffers from bipolar disorder and a tragic childhood in Appalachia. Lillis’ prose is composed in the form of journal entries from the narrator, and it is what gives this novella such a familiar feel, as if it is a person you once knew but forgot about and then ran into by chance and fell head over heels in love with. The prose is sweeping and tangential:

Anselm was the first drinker I ever was in love with (Josh was Straight Edge, Steven had gone dry for me, and Conor – due to the fact that he was allergic to grains, and Ireland being the home of whiskey and beer – had never had a drink in his life) and I was the first non-drinker he’d ever dated. Not that I’m a complete tee-totaller. I met him when I was shit-faced drunk, let’s see, how many drinks was I into? I was drinking vodka and cokes that night, though when I met Anselm (at 2:00 a.m.) I liked him enough that I wanted to sober up, so when he offered to buy me a drink, I let him get me a seltzer. They gave it to me in a pint glass that had a slight curve to its shape, and topped it with a lemon and I drank it from the straw they gave me. I remember the glass seeming just huge, and I felt a little silly or maybe just girly, like I was on a 1950s date sipping a malted at the counter of Schraft’s. Maybe that’s because I was so happy for Anselm’s concerted attention, or should I say, a vivacious stranger’s.

These are the kinds of passages that flow in and out of one another within the pages of Watch the Doors. And they work – not only because this novella is the narrator’s personal journal and her personal account of a man she once (and still does) love – but also because they all fit together seamlessly, like Lillis knew exactly what she wanted this narrator’s voice to sound like, like she herself was inside this narrator’s head.

There is an absolutely lovely section about spooning, and about bodies fitting perfectly together. I had to parse through the language several times because it is just so astute and honest. It is actually sad in its happiness, because it makes you, as the reader, look back on perfect moments in your life and realize that they are over.

The thing about these perfect moments, though, is that the notorious Anselm populates them all, and Anselm is not anything new. He is the clichéd tragic genius asshole who sleeps with incredibly beautiful women and then leaves because he cannot handle himself in these situations. Anselm is my only complaint about Lillis’ novella, and that is a shame because the story is such a focus on this rabid character. He does not come across as real because he has been portrayed so many times in other stories and novels. Even though Lillis’ prose evokes familiarity in its newness, I don’t want her characters to be familiar; I want them to be as strikingly original as the widespread stories her narrator weaves together.

I Write from My Beginnings: A Conversation with Ethel RohanIn "UFR Presents"