I Write from My Beginnings: A Conversation with Ethel Rohan 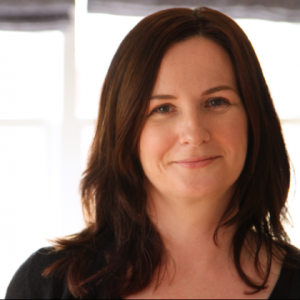 Ethel Rohan is the author of Hard to Say (PANK, 2011) and Cut Through the Bone (Dark Sky Books, 2010) the latter named a 2010 Notable Story Collection by The Story Prize.Her work has or will appear in World Literature Today, The Irish Times, The Chattahoochee Review, Los Angeles Review, Potomac Review and Southeast Review Online, among many others. She earned her MFA in fiction from Mills College, California. Raised in Dublin, Ireland, she now lives in San Francisco with her husband and two daughters. You can find her at her website, here.

Ethel Rohan: Strange how tricky that little term is: writer. Yes, I do consider myself a writer. Really, it’s a label to facilitate convenience of classification, much like woman, mother, Irish, and so on. The terms help identify and tell some of a person’s story. The bigger story, and truth, behind the term is different for all of us. The written word is my center. Yeah, I’m a writer.

UFR: Your new book, Hard to Say, was recently released from PANK. Can you talk about this book a little? How would you describe it?

Rohan: Hard to Say is a collection of fifteen linked short-short stories that draw heavily on my Irish childhood and some of my worst memories. As I wrote these stories, though, I worked hard at distancing myself from the book’s narrator and her surrounding cast of characters. This felt critical to the fiction and the worth of these stories. Often what actually happened kills a good story.

UFR: What’s so distinct about your stories, I think, is that they’re so honest. When you’re writing a story, how do you find that honesty, that true to life quality? As a writer, how would you describe your voice?

Rohan: I’ll jump first on the last part of this question, if I may. I recently received the following story rejection that I admit amused me: “The story is interesting and strong in the end, but there are several sentences that are awkward or don’t make sense.” Any editor who has ever worked with me knows I’m open to criticism, revision and taking hard, long looks at my work for where I’ve erred and where I can improve. That said, this rejected story is one that fellow writers and editors in my lit group reviewed and supported. I believe in this rejected story and think it very much captures my voice and my writing rhythm. I always write to my own rhythm, lyricism that’s especially evident anytime anyone hears me read my work. I’m also aware that my voice and style can appear awkward and confusing to others. This is the constant struggle for artists, I think: How to stay both true to our unique voice and open to reality checks about the quality and value of the work, particularly in the face of complaint, confusion, and rejection.

I like that you find my stories honest, thank you. That’s not something I consciously do when I write though. Another aside, if I may. A few years back a friend gifted me with a weekend writing retreat in Napa County. While there, I wrote and read from a story where a character mercy-suffocated her dying, demented mother. The following morning at breakfast, another writer confided that after I’d gone to bed the others debated until deep into the night whether the story was fiction or memoir. I didn’t know whether to feel flattered or horrified and spat some of my scrambled eggs. I always write out of a place deep inside my characters, and ultimately out of a place deep inside me. I think readers respond to the honesty of that depth of emotion, and of showing ourselves, in my stories. 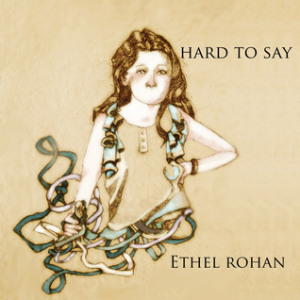 UFR: Returning to Hard to Say, the stories revolve around a girl and her family. Did you as an author ever find yourself identifying with the character, or characters? That’s to say, as a fiction writer, how close do you allow yourself to get to your subject matter?

Rohan: It’s quite funny that Hard to Say is such a little book because the personal toll of putting these fifteen short-short stories out into the world has proved enormous. I don’t think I’ll ever write out of myself in the same way or from the same place again. Many of the stories contain actual events and traumas that I’ve never spoken about to anyone. As I mentioned above, I worked hard at gaining distance in the telling of these stories and I very much wanted the work to be fiction versus autobiography—because of my terrible memory, because of a desire to protect others, because of the often limits and dullness of ‘actual events.’

As I wrote these stories I tried to remain outside of the characters and above the scenes, recording everything as it unfolded. To protect myself from reliving past traumas, yes, but also to serve the stories better. I’ve seen many stories ruined by an author who insists on sticking with what ‘really happened.’

As a fiction writer, I allow myself to get very close to and deep down inside my subject matter. I’ve learned, though, that it better serves the work (and the author!) to risk this intimacy with more fully fictionalized subject matter.

UFR: Your first book of stories, Cut Through the Bone has garnered a lot of attention, and was even on the Long List for the 2010 Story Prize. Did you write the book with any sort of expectations in mind?

Rohan: I first wrote the stories individually, without thought of a collection. When I write, my expectation is to deliver the best story I can. It was only when I’d published over eighty stories and recognized the persistence of several preoccupations and obsessions in my work that I realized I had enough material to gather into a cohesive collection, a best of my best at that time, if you will.

UFR: There’s clearly a long, amazing history of Irish literature, and Irish-American literature too. Do you consider yourself to be part of that tradition? If so, why? If not, why not?

Rohan: Honestly, as an emigrant, I often feel caught between cultures. The Irish no longer consider me theirs and Americans don’t consider me red white and blue. It’s whom I consider myself to be that matters, though, and I believe myself to be this very fortunate hybrid of both cultures. When I write, I tap into something very deep inside myself and at that core I’m Irish. Maybe it’s that I write from my beginnings, my anam. I’m fierce in my celebration of Irish and Irish-American literature, both its legacy and its contemporary largesse, but I can’t think about that staggering treasure trove when I write—it would be paralyzing.

Rohan: I am trying to explore us. I never plot or outline when I write. Never. I simply start and I am always grateful for—and astounded by—where the words take me. I always look to find the best story I can tell.