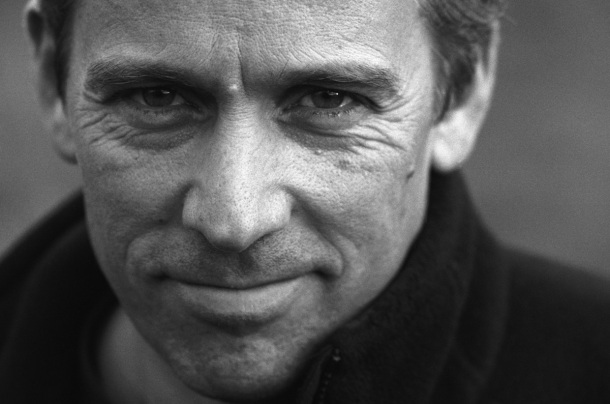 Jasper Fforde is the best-selling fantasy author whose books continue to sell, confounding industry analysts. A mixture of Humour, SF, Fantasy, Literature and Crime, his books defy easy pigeonholing. Details of these books and a lot more besides is available from his website, www.jasperfforde.com. His current book is titled The Last Dragonslayer and is intended for children of all ages.

UF Review: You’re known for creating alternate realities and bending or breaking nearly all of the rules when it comes to writing fiction, and for any reader to finish one of your books, they must trust you completely. Why do you think they do?

Fforde: I’m really not sure. Fantasy is a great genre to work in because the readership is so flexible. The point about my books is that no matter how bizarre they are, the internal logic works, and is consistent (pretty much) from one book to the next. This is pretty much essential, as the limitations and freedoms of ‘the world’ is what generates all the new possibilities of drama, and I think this is what fantasy readers enjoy — new ways of creating drama.

The point is that when writing, there are no hard and fast rules — just a few broad conventions. Aside from the obvious don’t be boring rule, there are few if any conventions that can’t be mined, twisted and subverted to new dramatic effect. Reading and writing is that complex. The very fact that you know what I’m going to write might be enough for me to be able to subtly alter a plot point. Complex? Very. Here’s an example: If I’d had a character in the first book named ‘Red Herring’ they would almost certainly have been a red herring. Six books on and it’s reached the point where if I had a character called Red Herring, the savvy reader might be thinking: “Ah-ha! If I know Jasper he wouldn’t be so obvious to have a red herring called Red Herring, so perhaps the choice of the name is the red herring. But then again, maybe not having Red Herring as a red herring is the red herring — so he is a red herring after all.” Serious meta-herrings, here.

But when it comes to trust, I suppose people who read me know what to expect, and that the goods I am going to deliver will come in a very odd package indeed. But if you have been amused by my books in the past and been kept guessing but thought that I had delivered the goods, then hopefully you will know to just lean back and be carried along for the ride. If you don’t know me, then it might be harder — but seasoned Fforde readers know to just relax. They’ll be some reverses, a couple of false endings, but we’ll get there in the end. Trust me. I’m an author.

UF Review: Spike Stoker: Buffy the Vampire Slayer meets Dracula? Are you a fan of vampire novels/adaptations? What do you think the recent surge of vamp-centric works means about today’s audience?

Fforde: Vampire flicks have always been popular. Today’s ‘Urban vampires with romance’ is not altogether new, but certainly works for today’s audiences. Books and books have been written about what the attraction of vampires can be, but suffice to say they are outsiders, and dangerous, and mysterious and will die to protect you — sounds quite fun to me.

UF Review: Very few contemporary authors have festivals based upon their works. Can you tell us a little about your involvement with the Fforde Ffiesta, an annual gathering in Swindon that began in 2005?

Fforde: I have very little to do with other than turning up. It’s all run by a hard core of readers who want to simply have some fun and meet like-minded people. I give a talk, and a preview of the next book, and hand out prizes and stuff like that. Last year we had a Hamlet ‘to be or not to be’ soliloquy speed recitation trial which was pretty odd, especially when the German contingent decided to have a go — and all four of them recited the speech, in German, and not in unison. It sounded like a crash on the Bonne stock market trading floor.

UF Review: If you were given the opportunity to have the first edition of any book ever published, which would you pick? Why?

Fforde: The First Folio, 1623. A collection of plays by a little-known Warwickshire playwright. Original print run was probably about a thousand copies. They had so little type they had to print half of it, take the set type apart and reset it — and then a third time. The type can be traced from on play to another, and we know that there were at least four typesetters, each with their own spelling idiosyncrasies. The Folger library has 83 copies; I’m sure they could spare me one. Why would I like it? Who wouldn’t!

UF Review: You have said before that your favorite word is “linoleum.” Is it still?

Fforde: It is. ‘Linoleum’ has a lovely internal rhythm to it that rolls off the tongue in a very agreeable manner. It also has the distinction of being the only word to rhyme with ‘Napoleon’, but I don’t expect that helped French poets when they came to write poetry about the Emperor.

UF Review: Do you have a favorite word in Welsh?

Fforde: Slang Welsh for a microwave: ‘Poppety-ping’. While we’re on the subject of Welsh, ‘Penguin’ is a Welsh word meaning ‘white head’. The more observant among us will note that a Penguin doesn’t have a white head — it’s black. The reason, apparently, is that a Penguin was a Welsh word for the Great Auk, a now-vanished sea bird of the Northern latitudes. When it became extinct, the word simply travelled across to their distant Antarctic cousins. There. You heard it here first.

UF Review: Your latest book, The Last Dragonslayer, is your first that is aimed at young adults. Yet you wrote The Big Over Easy before you wrote the Thursday Next books, and the Nursery Crime books take very elementary children’s stories and bring them to the adult world. Are you partial to writing books that are at heart involved with children/children’s stories? Is The Last Dragonslayer a way for you to come full-circle?

Fforde: I’m very much of the opinion that we are all still children at heart. We may have mortgages and drive cars and stuff, but a brief glimpse into the playground and world geopolitics does seem to show a dismaying similarity. I try to write books that everyone will enjoy, but having said that, my Dragonslayer books are designed to be more accessible for the younger reader. Shorter, less subplots and a quick pace. Children can be the fiercest critics.

UF Review: Shades of Grey was published in the US before it was in the UK, and now The Last Dragonslayer was published in the UK before even any announcement had been made about its US publication. Why is that? Was this a conscious decision on your part, or an example of being at the mercy of the publishing industry?

Fforde: Put simply, we didn’t get a sale in the US as quickly as the UK, and in the UK they had a gap in their Christmas title list, so dashed it out in the space of a few months rather than the full year they usually allow. Because of that, the US publication is going to be quite far behind the UK.

UF Review: Which would you rather keep as a pet: Pickwick or Caliban?

UF Review: You have said that you like to incorporate a lot of puns into your writing, particularly your naming of characters; at one Shades of Grey reading/signing in New York you told your audience that they had been “punned by stealth.” Some of these are obvious, but are there any you thought were particularly clever that very few of your readers have picked up on? What is your favorite pun that you have used in your writing?

Fforde: The one I like is: “Marmalade is generally regarded as the preserve of breakfast.” This has two puns running concurrently, both of which mean the same. Marmalade is usually the only jam at breakfast, and it is a preserve. Punning names are a double edged sword as I know that many people will not read a book with silly names, as they regard it as the sign of ‘a desperate writer’. Still, my character named ‘Landen Parke Laine’ is all about the Monopoly board. To US readers his name should actually be ‘Landen Board-Walke’, which is what we always hope to do if we already partially own the most expensive property on the board. Landen’s parents are called ‘Billden’ and ‘Houson’ for the same reason. I figure he had a brother, too, named ‘Renton’. Most people like the silly names and there is a long comedy precedent with silly names in British literature that goes back centuries.

UF Review: You seem to write very cinematically. Has this always been your writing style, or do you think you’ve been heavily influenced by your work in the film industry?

Fforde: I’ve no idea — I started writing when I was in the film industry, so I have nothing pre-industry to compare it to. The big advantage of working in the film biz is the access to very odd people, and the travel. Always good for a writer.

UF Review: What is your favorite color?

UF Review: For Shades of Grey, you’ve mentioned you spent a lot of time in home-improvement stores looking at paint colors to come up with names for various shades; did you make any up on your own?

Fforde: I had to. In a world dominated by visual color there would be words for almost every color you could think of. The thing about Shades is there aren’t enough named colors. I couldn’t add that many because no one would know what I was talking about. Does anyone know what Chartreuse is? Or Gordini?

UF Review: What is one color you don’t think you could live without?

Fforde: Green, probably. I’m not sure it would be a huge barrel of laughs here on Biosphere One without a bit of photosynthesis here and there.

UF Review: If you were in the SoG world, which class would you most like to be in? Why?

UF Review: Out of all the minor characters you’ve created (or, in the case of Punch & Judy or Miss Havisham, etc., re-created), in any of your published works, do you have a favorite?

Fforde: I’m very fond of Melanie Bradshaw, who is a gorilla. Probably because I like talking animal jokes.

UF Review: Which do you prefer: Cake or cookie? Toast or cheese? Havisham or Hamlet?

Fforde: Cake, toast and Hamlet (all at the same time).