UFR Presents: Between What is Calling Me: A Conversation with Curtis Smith 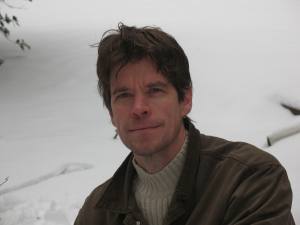 UFR: Your latest book, Witness, is a book of nonfiction. How would you describe the book? When did you start writing it?

Smith: Witness is a collection of eighteen previously published essays. A few deal with politics and the media, other look at spirituality, but the majority focus on fatherhood—or the notions fostered by the experience of fatherhood.

I had never written nonfiction until I saw a call from Mississippi Review in 2004 for pieces concerning the war. I’d been thinking about the media’s coverage of the war and I started organizing some thoughts and came up with a little essay. I enjoyed the process and decided to write some more.

UFR: You’ve also written two novels, Sound and Noise and Truth or Something Like It. How do you decide whether you want to pursue fiction or nonfiction? What’s different in writing each genre? What’s the same? Do you like one better than the other? Can one genre act in ways the other cannot?

Smith: I always have a couple projects going—a novel or a cycle of stories, sometimes some essays. This allows me to drift back and forth between what is calling me.

Structuring fiction and nonfiction is very different—it’s a matter of discovering form and connection for nonfiction—while fiction requires the manufacture of these same elements.

What’s the same is the sentence-level construction that I love in writing. The happiness I get from finding just the right word is enough to confirm my geek status.

Nonfiction seems to be much harder for me—but when I write an essay I’m pleased with, it’s a different feel than a story—more final and definite.

I think each genre can act in very unique ways—fiction can take me places I’ve never been, and that can be a lot of fun to write. Nonfiction has a feeling of confession and discovery—both of which can be found in fiction, but for me (of course, since it’s my story), nonfiction has a ring of truth to it. 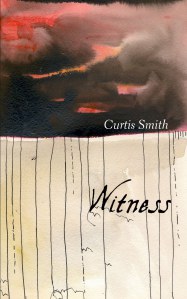 Smith: I want to be honest with myself and with my readers, and I want to present these thoughts in a way that respects my readers’ intelligence and appeals to their senses.

I think at its core, much of my work deals with the agnostic’s struggle to be good in a world where being good is its only reward. Not that all my characters are good—far from it—but still they ultimately face the consequences of their decisions alone.

What questions do I want to perpetuate? I’m not organized enough for that kind of agenda. I just want to live another healthy twenty-thirty years and keep my eyes open and keep writing.

Jennifer Bardi, author of The Humanist has said you are a “self-described ‘Postmodern father.’” Can you talk about that a little bit? What does that mean? Are your children, then, postmodern children? What are the implications?

I used the term postmodern in one of my essays as kind of a joke. But it also rings true. I was part of a book club that read Revolutionary Road a few years ago. Someone asked what would be different about the book if it were written today, and I immediately thought—the children. No one pays attention to the children in this book—or in many books from this era. Ditto Don Draper. I think in many current books, the plight of children would provide part of the book’s moral core. At the very least, they’d be a factor. Maybe the postmodern father puts his children first.

I don’t want to give my kid any labels yet. Implications? Who can look that far ahead—but I hope he’ll someday understand that despite my short-tempered and exasperated moments, I did my best for him.

Smith: For the first time in my life, I’m really reading poetry. I admire its economy, its sparseness. I admire the way a good poem can turn on a dime and make the specific universal. Most recently, I’ve been reading Mary Oliver, Frank O’Hara, and Anne Sexton.

UFR: What are you currently working on?

Smith: I’m currently working on a new cycle of essays. And on the shelf is a new novel I’m looking forward to revisiting and revising soon.

About Reading Diaries, About Being Lost, About Cheating, About Family, and About Love: A Conversation with Chloe CaldwellIn "UFR Presents"