The Reviewed: Threats by Amelia Gray 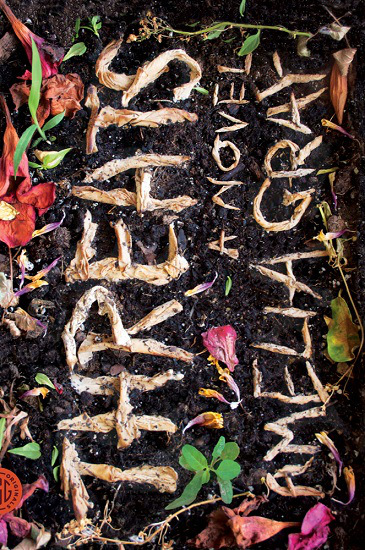 David sat next to his wife for three days. They leaned against each other and created a powerful odor. In that way, it was like growing old together.

I felt weird reading Amelia Gray’s first novel, Threats – like I was intruding on someone’s very personal, very strange, business. There’s a level of subterfuge in reading Gray’s novel that feels even more threatening than the sinister messages her protagonist, David, finds hidden around his house after his wife’s mysterious disappearance. It feels as if you, as the reader, are leaving these messages for David and as you watch him find them, you laugh with evil glee and continue to turn the pages, waiting for the next note to turn up on the side of the television or buried in the sugar bowl.

Gray is known for her strange subject matter. I distinctly remember reading her short stories “Babies” and “Hair,” the first of which involves the main character giving birth to a baby every night and the latter involving a woman eats a plate of hair while on a date. Threats is no different: after losing his wife, Franny, through unknown circumstances, David finds written threats hidden around his house and also begins to encounter strange characters in his daily life. These characters include a therapist who lives in the shed behind his house and a woman who spends every waking moment washing and folding clothes at the local Laundromat. These circumstances all combine to create a story of a lonely man searching for answers in his wife’s death – as well as answers to every strange occurrence that has ever happened throughout his life.

There’s an element of visceral detail to Gray’s characterization of David that adds to this sense of intrusion felt by the reader. I think it’s the teeth. David’s a dentist, and even though he no longer practices, he is still very much obsessed with teeth and dentistry. There’s a moment when David admits that he misses his patients, and he reflects on why this job was the perfect one for him:  “What made David a good dentist – an excellent dentist, in his opinion – was his keen ability to sense weakness prior to its development.” It was this assertion that led to my fear of David – yes, he is lonely, and yes, he is sad, but what does he really know about Franny’s death? Is anything happening in David’s life actually happening? Or is it all just a figment of his imagination? Gray never chooses to answer these questions, and in a way, this is what makes Threats a successful debut: she maintains her signature style without compromising mystery.

There is a thing as too much weird, however – weirdness for weirdness’s sake. It’s hard to focus on one particular element of Gray’s story because she does not allow one particular element to linger for too long. In this way, I never felt like I knew David, or like I even cared about him at all. I actually kind of wanted him to go away – maybe have that doppelganger of his that appears about halfway through the book take over and maybe bring some sense of normalcy back to Gray’s world. But that might be too much to ask; after all, we’re living in a house whose owner, at one point, stuffs his mouth completely full with paper. Not exactly normal, to say the least.

I cannot quite claim that I enjoyed Threats, but I can state that Gray has a tremendous ability of evoking disturbing, provocative images. I loved turning each page to discover what she would show the reader next. And in the end – even though I really don’t understand what happened (really at all) – I closed the book with a sense of closure and relief; relief that I do not have some strange being hiding handwritten threats around my house, or a therapist living in my backyard shed.