I Like to Overstay My Welcome: A Conversation with Jac Jemc 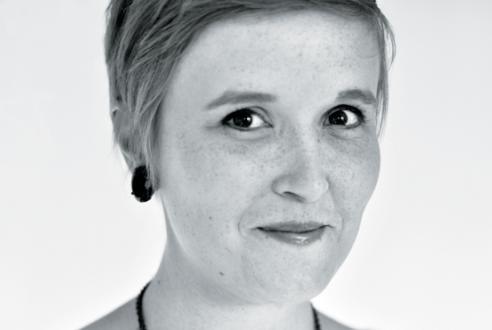 Jac Jemc lives in Chicago where she makes monsters and writes fiction and poetry. She is the author My Only Wife (Dzanc Books) and her chapbook of stories, This Stranger She’d Invited In, sold out at Greying Ghost Press in March 2011. Jac received her MFA from the School of the Art Institute of Chicago and has completed residencies at Ragdale and the Vermont Studio Center. She is poetry editor at decomP and member of the editorial team at Tarpaulin Sky. More here.

UFR: First off, let’s discuss your first novel, My Only Wife. Where did the idea for the book come from?

UFR: There is a very surreal, yet realistic tone to the book. Where did your influences come from to compose a story in this tone?

Jemc: I know that I’d just read both Carole Maso’s Ava  and David Markson’s Wittgenstein’s Mistress immediately before starting to write this, so those are pretty easy influences to pinpoint for me. I don’t think I knew the tone I was going for when I started, and because I’ve worked through the book so many times, it’s still tough for me to know exactly what the tone is, but I think just that repetition of “My wife” goes a long way in deciding the tone. I’ve always liked spooky stories, especially ones that seem like something supernatural must be happening, but it turns out everything is real. And memory, too, often turns things rather dreamy, and the book is obviously made of memories.

UFR: How do you see the narrator’s wife’s penchant for recording strangers’ stories fitting in with her kind of elusive nature?

Jemc: I think the storytelling serves a couple purposes. One, it highlights how someone who can initially seem easy to get along with – as the wife seems to be in order to get people to tell her their stories – can then actually be quite mercurial once you get to know her. Two, I think recording the stories and then hiding them away adds to the frustration of the narrator wanting to know her better, but she keeps a lot of herself to herself.

UFR: Do you have a favorite moment, or a scene you’re particularly proud of?

Jemc: I like some of the stories the wife tells that she makes up. They feel like fables or allegories or something. I love a good moral lesson. 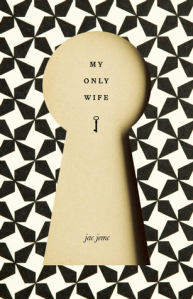 UFR: And so what are you reading now? I always think it’s interesting for readers and writers to see what published authors currently have on their minds.

Jemc: Right now, I’m finishing up On Beauty by Zadie Smith, and the clarity with which it’s written is just astounding. It’s such a quick read. I also just read Jess Stoner’s I Have Blinded Myself Writing This, and it’s really spectacular. The story is that her body uses memories to heal a wound and the way you piece together the narrative is totally original and lovely.

UFR: Let’s discuss what a day-to-day life is like for you as a writer. I know that you’re the poetry editor at decomP, and that you were recently a guest editor at Hobart. What do you look for in submissions? Do you have a particular process that you use in reading submissions, or do you go in as a blank slate and allow the work to speak for itself?

Jemc: When I read submissions, I really just look for work that surprises me and seems like it’s a complete whole. It’s a pretty gut response I have. I can be a sucker for language and voice, but if something has a really smart story or narrative or form, I’m just as likely to take that. I like to be close to giving up on a piece, and then suddenly be wowed by the next paragraph and realize that I didn’t know what was coming. That’s really exciting.

UFR: Do you have a particular writing schedule or writing process?

Jemc: I try to write 1,000 words a week, which is really small, but I’m able to stick to it. And then I try to give myself a couple times a year where I write a ton, anywhere from a couple weeks to a month where it’s really all I do. I work a regular 9-to-5 job, and I’m not a morning person, so it’s tough for me to get up early, but usually I end up dedicating at least an evening or two a week, and a few hours on the weekend to writing.

UFR: That’s really interesting. Some writers say they have quite a rigorous schedule of, say, writing for four hours right when they get up in the morning. Aiming for at least 1,000 words a week seems like a very attainable goal, especially for younger writers who are just starting out. Speaking of, what would be your biggest piece of advice for young writers who hope to make a name for themselves in the publishing world?

Jemc: Just do your thing. Do what’s fun and do what feels true, even if that’s lying. Let yourself write on your own schedule. Don’t get worked up when people are writing more and doing more than you. There’s time. The Internet makes things feel really fast, but, really, there’s time.  You’ll be happier if you find your own pace and work with that rather than constantly trying to keep up.

UFR: Thanks for all of this, Jac! To end the interview, what else do you like to do besides writer-type things?

Jemc: I like to eat and drink good beer. I love going for long walks. I like to wander and find new secrets in neighborhoods I think I know, and I love art museums and galleries. I get a lot of writing fuel from visual art. I like to listen to the WTF podcast while I clean my apartment and cook. I like to talk to people on patios. I like to overstay my welcome on the karaoke mic. I like to embroider and cross-stitch while listening to audio books. I like to go to the pool by my house and watch adults argue with teenage lifeguards.

Joellyn Powers (Books Editor) conducted this interview on behalf of UFR. Joellyn will be entering the MFA program for fiction at American University this fall. Her work appears in Bluestem, Twelve Stories and Metazen, among others. You can follow her on Twitter @hipsternonsense, or on her blog about nothing at especiallyfreeing.tumblr.com.

These Things Don't Happen by Themselves: A Conversation with Molly GaudryIn "UFR Presents"