A Reminder That The World Doesn’t Stop: A Conversation with James Tadd Adcox 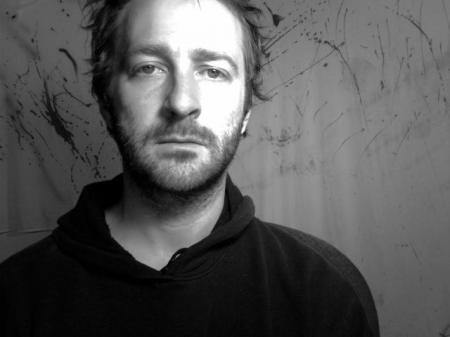 James Tadd Adcox’s work has appeared in TriQuarterly, The Literary Review, PANK, Barrelhouse, Mid-American Review, and Another Chicago Magazine, among other places. He is the author of The Map of the System of Human Knowledge. He lives in Chicago.

Used Furniture Review: How did your story collection, The Map of the System of Human Knowledge, develop for you? Was it piece by piece? Or did the idea come to you as something whole?

James Tadd Adcox: I wrote the first drafts of the stories over the course of a year, the first year I lived in Chicago. I was waking up every morning at 4 or 4:30 to write before I went to work, so I was going to sleep at 8 or 9. Which probably made me a kind of annoying person to live with. I remember falling asleep, listening to my then-girlfriend making living-noises in the rest of the apartment, putting together her lunch for the next day or talking on the telephone or whatever else. It was nice, going to sleep with someone else awake in the apartment. It was like a reminder that the world doesn’t stop.

UFR: Was there a particular reason you chose to split the collection into Memory, Reason, Imagination, among others? Do any of those labels have a certain meaning for you as a writer? As a person?

JTA: It took me a while after I’d written the first drafts to figure out what the shape of the whole would be. I’d written 254 stories over the course of a year—of those, I think something like 50 or 60 ended up in the final book—there seemed to be a story about nearly anything. There were some previous versions of the book, where I tried out different forms (a chapbook version, The Artificial Mountain, was a runner-up in the DIAGRAM chapbook contest). But I was really interested in the idea of systems, of taxonomies. Somewhere around this time I worked as a taxonomist, and occasional translator, for an Internet search engine (not Google).

The Map of the System of Human Knowledge, also known as the Tree of Knowledge, was a classification system devised by Diderot and d’Alembert for the Encyclopédie. Memory, Reason, and Imagination (or History, Philosophy, and Poetry) are the three main categories of that system; each of the stories/”entries” in my book is titled after one of the subcategories (or sub-subcategories, or sub-sub-subcategories, etc).

UFR: Do you want the map you have created to lead the reader somewhere? Or should he/she find his/her own way?

JTA: My ideal reader would be the sort of person who opens a book and finds something interesting, rather than someone who reads start to finish. I like the idea of a reader who flips around, reads a piece here and there. I want the book to be a space to inhabit, a room that someone can walk into, pick something up, look at it for a while, pick something else up. My ideal reader would never be sure whether he or she had read every entry in the book.

UFR: Something that really intrigued me about you as a writer—something that struck me as truly different from the online literary community—was a post I encountered on your website, Authenticity Is No Longer An Option. When the collection was coming out, you offered to read anyone a story from the collection if they contacted you through email or through Skype. Is there a particular reason you did this? Or just for the hell of it?

JTA: I like reading. I stole the basic idea from Heather Christle, who gave out her cell phone number and offered to read people a poem if they called her. It seemed like a fun thing to do. I liked the idea of doing it over video chat though, because it felt like I was inviting people into my home. It felt hospitable. 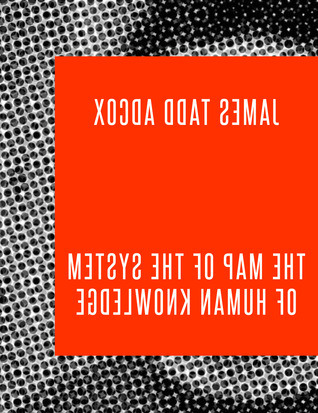 UFR: I see that you are also the founding editor of Artifice Books. What’s it like to run an independent press? How hard is it to keep the public interested in reading, especially in reading work from indie publishers?

JTA: We have a couple of book coming out this year that I’m pretty excited about. We’re publishing Russ Woods’ first collection of poems, Wolf Doctors. Also a collection of poems by Daniela Olszewska, Citizen J. I think there’s a solid, excited market of indie writers and indie-writing fans–though admittedly, those two groups share a lot of space in the Venn diagram. As for attracting people outside of that base, well, there are a lot of people who are very open to the arts, who are indie music fans, visual art fans, who just don’t know that small press books exist. But as soon as you show it to them, they’re interested.

The trick, then, lies in putting yourself in situations where you can do that. So like, Vouched Books in Indianapolis and Atlanta, who set up tables of small-press books at art openings and other such events in their cities. Or, for example, Artifice tabled with the press Curbside Splendor at this year’s Pitchfork music festival, here in Chicago.

UFR: You also are a contributor at the blog Big Other, writing a column about aesthetics. Can you speak to that a bit?

JTA: I started writing posts on the history of aesthetic philosophy at Big Other while I was studying for my PhD exams (at the University of Illinois – Chicago). One of my exam areas was aesthetic philosophy, so I felt like that would be a good way of organizing my thoughts around the subject. Also, I have a lot of trouble writing nonfiction—there’s something about having to write “as myself” that’s really difficult for me. Like, I know that nonfiction writers craft their personas every bit as much as fiction writers craft their characters’ or narrators’ voices, and in that sense a nonfiction voice is just as constructed as a fiction voice, but still, it tends to make me freeze, as a writer.

I used to act, like in community theater stuff when I was growing up. I never got stage-fright, as long as I was playing a character. But doing any sort of public speaking—that was awful, excruciating. (I’ve gotten better since, but it’s still way more anxiety-inducing for me to get up in front of people as me than it is for me to play a role in a play or a skit or whatever.)

All of which is to say that part of writing the aesthetics series for Big Other was/is a way for me to try to get over my nonfiction stage-fright, if that makes sense. I’ve really enjoyed the pieces I’ve written for Big Other so far, and I plan to continue.

UFR: Do you have a strict writing schedule you stick to every day? What is a “day-in-the-life” like for you as a writer?

JTA: My current schedule seems to be: ignore everything else in my life for several weeks or months to focus on writing, suddenly realize that there’s a ton of stuff that I should’ve been doing in addition to writing for the past however-long, feel overwhelmed, try to get everything done in a day, tell myself it’s impossible to get everything done in a day, work for a while to dig myself out of the hole that I have created, repeat. I do try to write at least something every day though, yeah.

JTA: I’m about to get on a plane to Atlanta, and I’ve got William Gibson’s Count Zero, Dean Young’s Skid, and Arielle Greenberg’s Given in my bag. It’s been the summer of re-reading.

JTA: I’m working on the last draft of a short novel that has turned out to take a lot longer to write than I expected. The elevator pitch is, a marriage is falling apart after a series of miscarriages. It also involves pharmaceuticals and a sadomasochistic FBI agent. There’s a narrative to it, but I’m trying to build up the narrative from a series of like, rigorously discrete moments, so that, basically, every paragraph can stand on its own, with its own self-contained poetic turn. This turns out to be pretty difficult. That, or I’m just a really slow writer (also possible).

This interview was conducted by Joellyn Powers (Books Editor), who will be entering the MFA program for fiction at American University this fall. Her work appears in Bluestem, Twelve Stories and Metazen, among others. You can follow her on Twitter @hipsternonsense, or on her blog about nothing at especiallyfreeing.tumblr.com.

Review: The Map of the System of Human KnowledgeIn "Reviews"