Love Dumb: KISS (1974): “Strutter” (In which Paul Stanley Begins the Long Journey of Confusing the World as to His Sexuality) by Ryan Werner 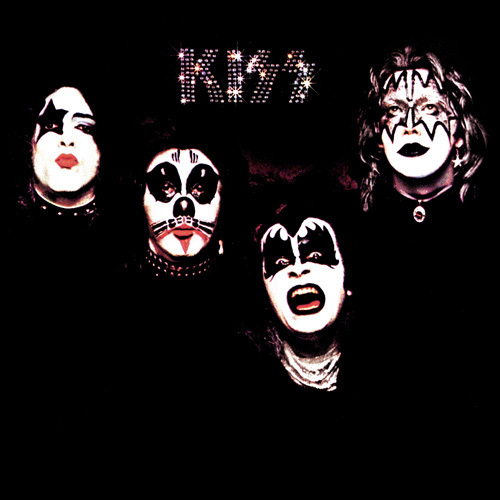 Love Dumb is a series in which Ryan Werner describes the music catalogue of the band KISS. This installment considers Strutter, the third single off of the band’s eponymous debut album.

In “Strutter,” Paul Stanley says that he knows a thing or two about some woman—that she’ll make you cry, that she’ll pass you by at her own volition—and then goes on to remark on the well-known self-importance of her gait. This says nothing of his relation to her. Onlooker? Admirer? This isn’t shitty folk music. This is shitty rock and roll. Stray observations aren’t going to cut it.

The second verse helps nothing. She wears her satins like a lady / she gets her way just like a child / you take her home and she says ‘Maybe, baby’ / she takes you down and drives you wild. Disregarding the apparent multiple ways to wear satins—I can name a scant few, if pressed—we learn that the woman is essentially a tease. Also, that she’s essentially not a tease. Is she saying maybe or is she taking you down and driving you wild? Third verse, same as the first.

Musically, the song starts with Peter Criss playing what sounds like the first drum fill he ever learned. There are some squeezed-nuts background vocals on the chorus leftover from the 60’s fetish that Simmons and Stanley have. Ace turns in a great solo that is secretly saying, “I hope you like this, because I’m going to be playing a slight variation on it in almost every song for the next forever years.” As with every KISS song, it’s possible that Gene Simmons did nothing. That said, it’s quintessential KISS: the Stones if they tried too hard and played comic books instead of arenas. And I love it.

Upon reaching the end, it’s apparent that Stanley has told a tale of rigid indifference—except for the satin part, which is decidedly womanlike—and peculiar non-action. “Strutter” is the equivalent of your buddy calling you up and saying, “I saw this chick the other day.” Then he says nothing for three minutes and hangs up.

You Need A Song When You’re Sad: An Interview with Jolie HollandIn "Music"