Attention and Anger and Joy Wherever I Go: A Conversation with Robb Todd 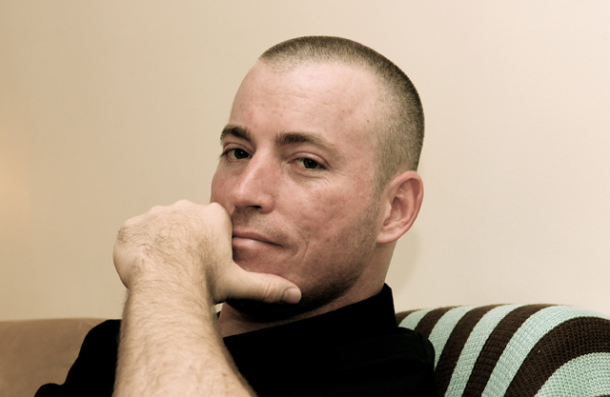 Robb Todd’s fiction has appeared in PANK, The Fiddleback, Wigleaf, Mud Luscious, Spork, Monkeybicycle, Bluestem, and elsewhere. He is also the author fo a short story collection, Steal Me For Your Stories. He lives in New York. More here.

UFR: Alright, first things first: I have to ask about the opening story in your collection, “Our Costume is a Kiss.” I’ll admit, it was my favorite. All of the imagery and emotional tension comes together so perfectly. How did this story develop for you?

Todd: I don’t know if I can provide a satisfying answer to that. Not long after a Halloween I sat down to write and the opening sentence came out of my fingers and I followed it. I don’t remember revising much. A little here and there—and I know that might sound like a dick thing to say because people make such a big deal about revision, like if you don’t revise every word with every other word in the dictionary at least five times then you didn’t put in the work. But that’s what happened. I wish it would happen again.

UFR: I don’t think it’s a dick thing to say – I think it’s a very honest answer, because sometimes what we write just seems to come together and other times it’s all just shit. Is that how it feels for you as well, or is it something different?

Todd: There was a lot of variation in origin and development with this collection. There was also a lot of shit that had to be flushed. It’s all in play. They only way to get through it is to put your ass in the chair and work. Labor is required. You have to be ready for the jolt. The more time you spend working, the better able you are to handle it and those moments happen more often when you work harder. Opportunity, preparation – you know, that thing. Whenever I am not writing I remind myself of someone I know who I know is.

UFR: There’s a lot of very vivid, very visceral imagery in all of these stories. Did that develop organically? Or was this an aspect you consciously included?

Todd: I don’t like to do much consciously other than make sure I am writing all the time. What is usually being sought is a feeling so whatever evokes a feeling for me is what I gravitate toward—and I mostly don’t want to understand those feelings. If I could ever write a story like an Edward Hopper painting, well … that’s a dream.

UFR: Going off of that, even though some of that imagery may be seen as gross or too personal by some readers, it makes your characters more believable. Is there a certain line or scene you’re particularly proud of?

Todd: There are many evenings when I see the sky make the blue it only makes just before dark. And every day I think about salmon jumping into the open mouths of bears. Why do they do that? Also, little brown dots fly through me frequently. Being proud is dangerous, though. And so is being safe. If there is something that is too personal to write about that is exactly what you should write about. I have no use for comfortable books.

UFR: Is writing towards the uncomfortable how to tell a true story?

UFR: It seems like you’re very active in the online literary community (blogs, twitter, etc.). How important do you think social networking is for the modern day writer?

Todd: Social networking is not important. I enjoy it but for reasons that have little to do with writing. It’s nice to send out a link to a story or book or whatever else but if you use social networking as nothing but your platform to promote yourself, I find that particularly sad. I prefer to deal with human beings, not PR machines. This is not a popularity contest. If you happen to be popular because your writing appeals to people, that’s great. But if your work is held up because you are a pseudo-Internet celebrity, please kill yourself—and thus become even more popular. Social networking won’t get a writer—or any artist—to any place that matters. Only your work can do that. I’m on the Internet because I like dumb memes and videos of kids falling down and news and I enjoy communicating (hey, I majored in that—it’s a worthless, easy degree if you’re looking for one).

UFR: So then can I assume that you find those people who use Facebook or Twitter to update their “friends” on their every movement/activity/meal incredibly deluded? Is there any use for that kind of Internet-intimacy?

Todd: I find it easy to ignore that now, but it used to bother me. There are a lot of lonely people out there, especially on Facebook. I would advise them (and everyone else) to cancel their Facebook accounts before it’s too late and read a book instead. Even better: spend more time with actual faces. Touch the faces. Caress them. Maybe give a face a smooch. They might be a lot happier.

UFR: I know you currently live in New York City. Does where you live factor into how you write?

Todd: It doesn’t factor into how I write but it probably factors into what I write. New York presents me with problems every day, problems that are specific to my nature but that I wouldn’t have to face as often if I lived somewhere else. I have my objects that demand my attention and anger and joy wherever I go, the things I cling on to and masticate in my brain, but Hawaii is not New York is not Texas.

UFR: What is a day in the life like for you as a writer?

Todd: Wake up, ride the train, see something crazy on the train, go to the place that pays me money, walk around the city, see something else that’s crazy, take the train again, sit in a chair in my apartment and place my fingers on the keyboard. Maybe open the window and listen. In between all that I take a lot of photos and notes and I eat food, sit on the toilet, wash dishes, have a drink, break some eggs, kiss a beautiful lady.

Todd: Just writing. The short stories are always there. Working on something longer, too. I hope it turns itself into a novel.

Todd: The quest for good books never ends and is usually a labor. They are hard to find. I’m reading John Steinbeck’s In Dubious Battle,and I have William Faulkner’s Light in August queued up. I just went through an indie-book binge. Please read these if you haven’t already (or even if you have):

UFR: What do you think your voice is as a writer? What do you want your writing to say to your readers?

UFR: And because I follow you on Twitter, I have to ask: What is the best Internet video you have ever seen? Ever.

Todd: “David After Dentist” might be the perfect summation of what it means to be an American today but this video is how life works.

This interview was conducted by Joellyn Powers (Books Editor), who will be entering the MFA program for fiction at American University this fall. Her work appears in Bluestem, Twelve Stories and Metazen, among others. You can follow her on Twitter @hipsternonsense, or on her blog about nothing at especiallyfreeing.tumblr.com.

I Am Exploring the Distance: A Talk with Buddy WakefieldIn "Talking with Furniture"