Reflections from Alabama: The Demagogue and the Substitute

I told myself I wouldn’t do this.

I was going to ignore the slowly rolling in election results — the incremental light up of the U.S. map into red or blue, like some sort of distorted Christmas tree, with Maine as the tiny tippy-top.

There were a million things I could have been doing instead watching the election results roll out on the internet — writing my research project, editing poetry, reading the Alice Munro short story collection I just picked up from the library or working out with a yoga DVD. But I sat, like the sad news junkie I am, snatching 140-character impressions of the results on Twitter.

As far as the presidential election, there was no contest, but I was hypnotized by the pretty screen anyway. A Romney victory never entered my mind, though my vote against Romney was pretty meaningless in my state, a fart in a whirlwind of distempered sentiment fueled by willful ignorance, false piety and a ruthless devotion to “conservative values,” whatever that means. Comments like “Obama is going to end America,” “Obama is Satan incarnate,” “Obama is bringing socialist atheist UN armies to take our guns and load us into FEMA camps” is along the line of thinking touted by the most vocal of these people, judging by the newspapers and social media. For some, anything resembling a reasonable objection to Obama has been long ago lost, mutated into a carcinogenic caricature of what passes for political thought. And as the national numbers developed in favor of Obama, I couldn’t help but think that Wednesday, when the more rabid members of the local electorate hear the monthly tornado siren test, they would be imagining blue-helmeted UN troops marching up Main Street to take their guns, hold them down and force Obamacare on them.

Conservatism, though largely stymied in the presidential election, left its mark on the state races, with several races featuring no Democrat. The GOP is so strong in Alabama now that in one county, a dead Republican beat a living Democrat running for county commission. The paper ballot I was presented with on Tuesday contained a long tombstone list of Republicans running unopposed, giving the vote a totalitarian air. It made my job easy — I didn’t bother filling in those circles.

One state race, however, generated a lot of interest and helped the election retain some sense of democracy — the battle between the demagogue and the substitute. The demagogue, Republican Roy Moore, was running for chief justice of the state supreme court, a position he held and lost over a hunk of stone. About a decade ago, he placed a ten commandments monument in the state supreme court building in defiance of the separation of church and state, and defied a federal court order, generating a protracted battle that ended with him being kicked off the court. The head of the state supreme court should have the decency to abide by laws, after all.

The brouhaha over a monument provided Christian fundamentalists at the time with a venue to be seen standing for Jesus at the state capital, holding signs, because, apparently, that’s what Jesus would have wanted. They acted as if their ability to practice their religion somehow depended on a hunk of granite being on display in the supreme court building. They can’t just have a religion; they have to have the religion, and no U.S. Constitution was going to stand in their way. The continued poverty of the state failed to rile them, as well as the state’s low ranking nationally on just about every quality of life measure except football. But the threat to a granite monument of the ten commandments, now that’s another story, and in the passing years, the fundamentalists have never forgotten their bloviate, theocratic champion. He has been trotted out unsuccessfully as a gubernatorial candidate a couple of times before winning the GOP’s nod for this particular race.

The substitute Democrat, Bob Vance, had only been in the race a couple of months, replacing a candidate withdrawn by the Democratic party for saying crackpot, religiously tinged things against the Democratic national platform — against gays, if I remember correctly. Vance, a Jefferson County circuit judge who had qualified for the ballot at the last minute, generated a lot of support from more reasonable voters — yes, they exist even here, though they are a minority — and even some supreme court justices, people who would like to see a chief justice competent in questions of law rather than one who knows how to whip up holy moly over stone.

I stayed up past my bedtime watching the numbers change, just like I promised myself I wouldn’t, watching a victory on the national level and a slow-moving disaster on the state level. With the Democrat with a slight lead at one point, I even allowed myself to hope a little that my neighbors had shook off their mania and found enough of their best, reasonable selves to keep this fundamentalist nut Moore out of a position of power. But as more conservative parts of the state were added to the tally, the numbers started to roll against the Democrat, and before I went to bed with a splitting headache, Moore won with 52 percent of the vote. While Moore claimed at one point in the campaign that he will not trot the monument back out, he ended election night with this ominous message for his supporters, according to the Montgomery Advertiser: “Go home with the knowledge that we are going to stand for the acknowledgment of God.” Gag me with a Bible.

Sometimes it is difficult to see any hope. Alabama is shackled, among other things, with a mammoth, hopelessly antiquated century-old constitution that mandates a repressive tax structure and is laden with all sorts of fun surprises from bygone eras, a state constitution that no one has the political will to replace. One amendment this year — to remove racial language from a section of the constitution dealing with education — failed because it left in a passage that negated the state’s obligation to provide a public education. And then, of course, the state’s politicians exhibit their lack of intelligence time and time again through wince-worthy words and actions, whether peeing into a vase during an extremely long filibuster, being caught on tape calling African Americans “aborigines,” saying it is a biblical principle that teachers shouldn’t be paid well but legislators should or declaring that nonbelievers aren’t “my brothers and sisters.”

Wackiness is not limited to Alabama, as thankfully, this election cycle has reminded everyone, with politicians across the map making warped statements about rape, abortion and women’s rights, statements for which these politicians were punished at the polls. And then there are the Birthers, a national phenomenon steeped in racism, with Donald Trump as its most vocal advocate.

But here in Alabama, heaven help us, we punish ourselves time and time again with wackiness. Look out, the demagogue has just been installed for round two. It promises to be another embarrassing show, and I won’t be able to look away, Dixieland. 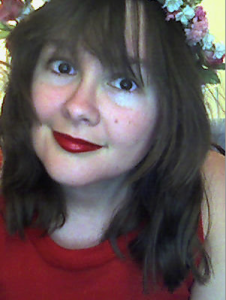 Kimberly L. Wright‘s poetry has appeared in literary journals such as Blood Lotus, Dr. Hurley’s Snake Oil Cure, El Locofoco, Arrowsmith, Doggerel and Dicat Libre. A recovering journalist, she currently serves as a freelance writer/editor/provider of literary services in central Alabama and the Florida Panhandle. This south Florida native grew up in Mobile, Ala., and currently lives in Prattville, Ala. Follow her on Twitter @klwright73.