I know last week’s election was about more than who is going to be president. Local races, school levies, marriage, legalization, the house and senate, yes.  But here in Ohio, it felt very much like just one race. The race. The Big One.

I’m not sure anyone who doesn’t live in a battleground state can really imagine what a Presidential campaign season in Ohio is like. In the six months before the election — and especially in the final six weeks — my flyover state becomes a fly to: for candidates, their wives, former presidents (except for GWB, who apparently is at an undisclosed location) and the party faithful of all stripes. Last spring, Newt Gingrich showed up at the Wright Brothers’ house, which is four blocks from my own. Mitten’s “storm relief” rally was two miles down the road. (You remember…the one where he showed his campaign video and collected canned goods for New Jersey, he thought.) Dayton, situated as it is at the junction of the rust belt and the Bible belt, is ground zero of the ground game. And campaign season here is exhausting and stress inducing and relentless.

When I got home from work last Monday, I had nine voice mails, eight of which were robocalls: two for Romney, two for Obama, one poll asking me whether I supported “religious freedom” (how I  hate that Trojan horse of a phrase), one from John Kasich asking me to vote for a certain Ohio supreme court justice (ever the contrarian, I scribbled the judge’s name on the back of an envelope and wrote “NO” next to it), one for Sherrod Brown (the incumbent Democratic senator), and one for Josh Mandel (his 36-year-old Republican challenger and a serial liar). The ninth call was a high school student — a real human being — calling to ask our support for the local library levy. She got my vote.

My mailbox was stuffed every day with glossy postcards bearing dire predictions should the other guy win. The one night last week when I tried to watch television in real time, I was gobsmacked by the ads. The “official” spots made and endorsed by the candidates and those made by PACs ping ponged back and forth in twenty-second intervals in an Orwellian montage of fear mongering and logical fallacy. Campaign signs sprung up and multiplied like mushrooms on every square yard of public roadside. In the final weeks, I took to counting them on my way to work — one of the many ways I tried to read the tea leaves and ease my growing anxiety as election day approached.

What if we fucked it up for everyone?

That’s really what it feels like here in Ohio. The other states have their minds made up, apparently, while the fate of the nation hangs here in the Buckeye State. It’s up to you, the pollsters and bloggers and newscasters tell us. Do the right thing.

I stay up too late on election night. Despite our Midwestern location we are still in the Eastern time zone, so it’s close to midnight by the time Ohio is finally called. I am relieved, but not as euphoric as I had expected to be. When it finally sinks in, maybe thirty minutes later, I cover my face with my hands and choke out a sob or two.  I sip another bourbon waiting to see Romney concede, but wind up going go to bed before he does. It’s almost one and I have class in the morning. I can always watch it on YouTube.

The next morning, I know before I am fully awake that the last bourbon was a bad idea.  As the hot water runs over my pounding temples, I wait for the giddiness that visited me on a November Wednesday four years ago, but I just feel tired and spent. I remember instead eight years ago when Ohio had been too close to call by the time I went to bed, and waking up to the news that, although the count wasn’t final, Kerry’s defeat was certain.

I dressed in black that day. It seems melodramatic now, but I swear if sack cloth and ashes had been an option, I would have worn that. I arrived on campus to find my office mate bleary eyed. “I don’t think I can talk about it yet,” he muttered. My eyes filled up. My chest burned. I could not believe I lived in a state that had chosen George W. Bush for another four years. And sure enough, by 2008, things were worse than anyone could have imagined that day. I take no joy in having been right about this; after all, Dayton took it in the teeth. By the end of Bush’s second term, the GM plant down the road was powering down, and the community college where I teach was inundated with displaced workers. So when we finally got it — when Ohio said, four years ago, enough of this shit, it felt good and righteous. It felt like everything was going to be okay.

So here we are. And I feel okay. I feel relieved. But inexplicably, in the few days since the election, I’ve been sort of bummed out. It’s easy to be euphoric about a new president with nothing but hope and change on the horizon. It’s harder to look at the frustrations of that same man — no matter how convinced you are that he’s the right guy for the job — and feel confident that four more years will give him enough time to get this ship turned around. I’m hopeful. But giddy I am not.

The morning after the election, I walk past houses on my street where the Romney signs that looked vaguely menacing just hours earlier suddenly look forlorn. I expect to delight in schadenfreude, but I don’t. Instead, I wonder if the people in those houses feel like I did eight years ago. While we live and work side by side in the very same town in the very same economy, it really does seem as though we occupy parallel universes in which the way forward is entirely different. I want to be right about this again, four years from now.

The mood in my classes that day is hard to read. There is no collective high-fiving or grumbling as I imagine there might have been in more solidly blue or red states. Instead, there is a palpable sense of having endured a long ordeal. Everyone looks tired. I’m not the only one with a headache. We do not commiserate or celebrate. We go on with business as usual which, for most of the people in the room, is getting a fresh start. That’s something we’ve had to be good at, here in the battleground. 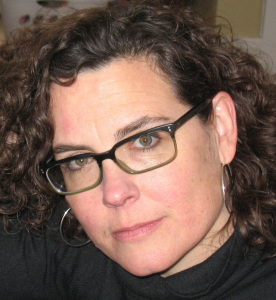 Kate Geiselman teaches writing at a community college in Dayton, OH, where she lives with her husband and two daughters. Her essays have appeared at Salon, The Rumpus, and McSweeney’s Internet Tendency. Her fiction has been rejected by many of the finest literary magazines in the land. You can find her at kategeiselman.com.

Reflections from Alabama: The Demagogue and the SubstituteIn "Nonfiction"